I was in the bathtub when the news broke that the president would have an important national security announcement at 10:30 pm on a Sunday night.

I wasn't expecting this news.  My Turkish friend, Tulin, who is a journalist asked if I wanted to go down to the White House with her.  I did.

The feeling on the streets was unlike anything I'd ever experienced.  Honking and smiles.   I was celebrating those in the White House who had worked so hard to get justice.  The lights were still on in both the White House and the Old Executive Office Building.  We were there to support them, the military, the Navy Seals that did this.  Occasionally and rarely there were some tasteless utterances, racist or jingoistic, but the rest of the crowd looked askance at that and them.   In my experience, that kind of thing was rare.

More broadly - I, we, were there to feel good about our government not being feckless and ineffectually.  Not being a victim.  I just felt happy about that.  There lots of happy tears.

And then a young man in a spiderman costume climbed a tree along the fence to the White House.  The crowd laughed and cheered and cried.  All with joy.

I am glad I was there.

Some videos first.  The videos are dark and hard to see, but the sounds...the sound reveal what it was like too.


Here are some photos, brightened up. 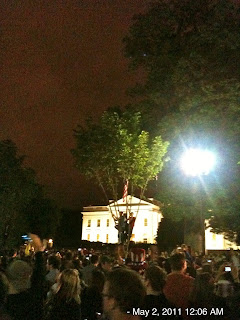 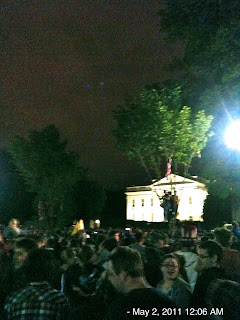 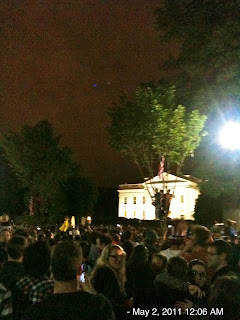 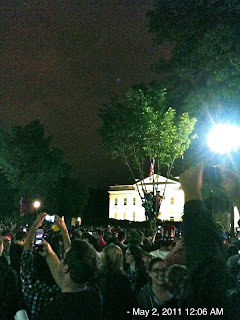 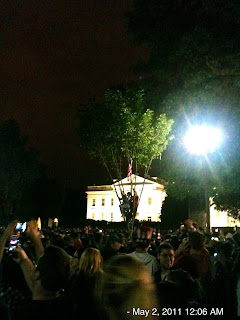 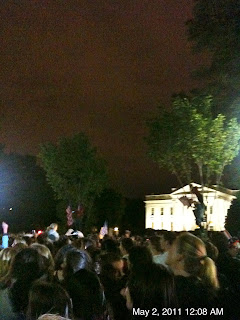 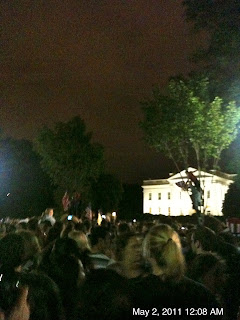 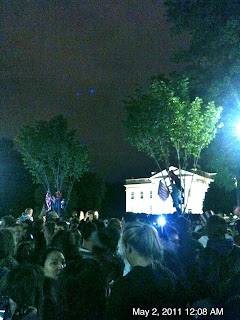 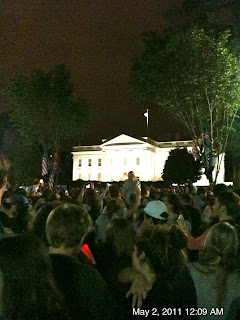 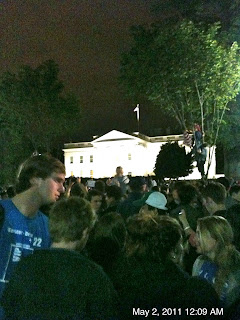 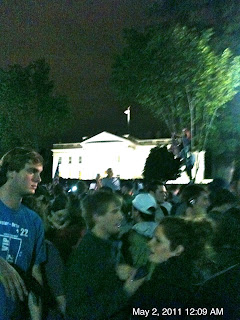 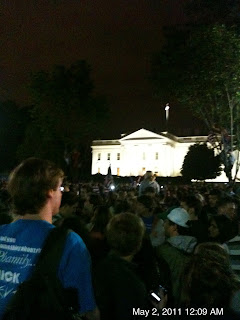 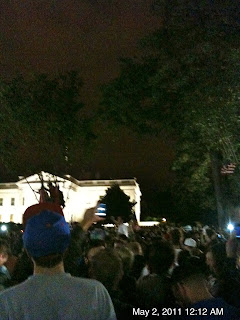 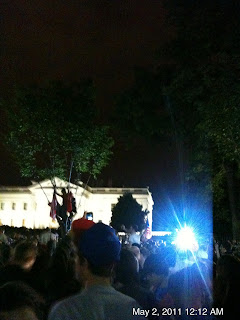 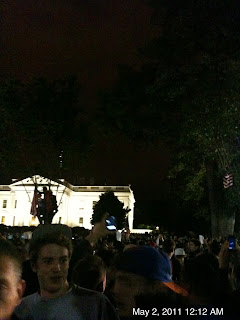 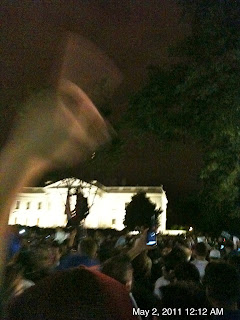 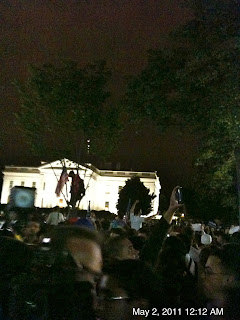 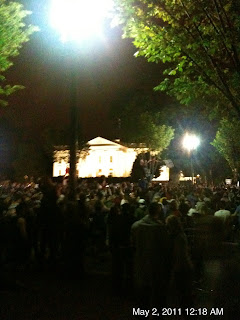 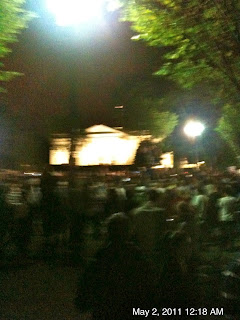 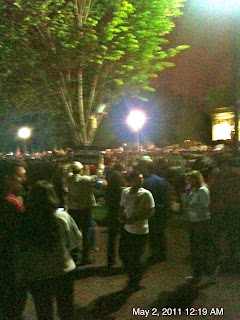 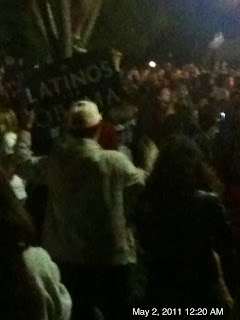 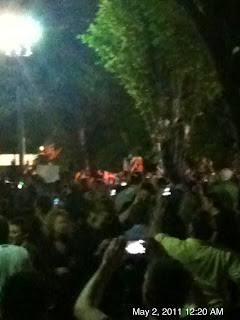 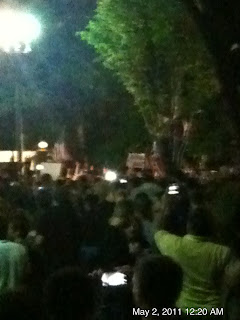 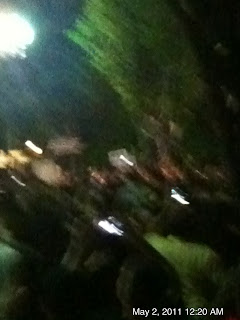